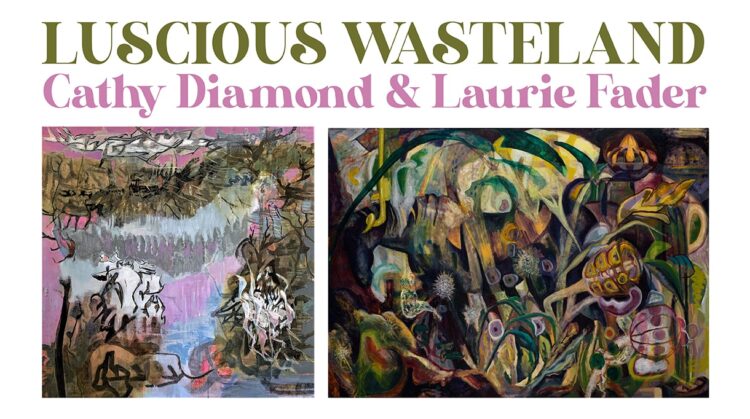 Cathy Diamond and Laurie Fader suggest peculiar storylines in their paintings. Hybrid forms with distinct characteristics inhabit mutant landscapes. Both artists draw heavily on the natural world and art history to conjure up their own imagina- tive terrain. They navigate the private enclaves of places like gardens and neighborhoods, placing domesticity in relation to the tumult of global geopolitical events. Observing works up close at Radiator Gallery, viewers might trace paths that begin in the minds of Diamond or Fader, rife with images of personal experiences and journeys, that open onto a larger chaotic world. The small and largescale paintings in Luscious Wasteland may be intimate or riotous in spirit and depict vistas that appear to unfold over seasons, years and epochs. 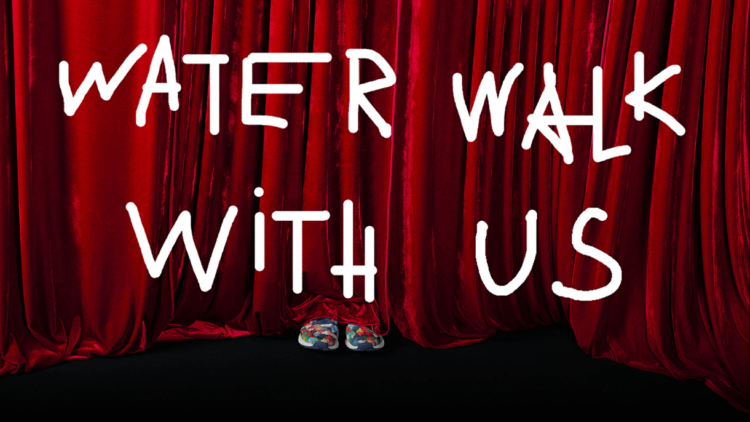 Water Walk With Us

Water Walk With Us

Radiator Gallery is proud to present a solo exhibition by: Borjana Ventzislavova

This is the debut New York solo exhibition for acclaimed Austro-Bulgarian artist Borjana Ventzislavova,whose work spans photographs, objects, films and videos, installations, texts, and performance. Informing the exhibition are two epochal life events separated by thousands of miles and more than twenty-five years: her complex experience as a teenager in Bulgaria as it emerged from decades of Communist rule and her 2017 experience, while on an art residency, of the staggering Canadian Rockies.

Western influences were escalating in early 1990s Bulgaria including the landmark television series Twin Peaks; broadcast on national television, it became a country-wide obsession. With its mysteries and crimes, humor and horror, police investigations and supernatural events, this idiosyncratic television series resonated with the Bulgarian public long accustomed to Communist-era intrigues, and worse. Ventzislavova, very much an urban person, recalls being fascinated by the rugged mountainous setting of Twin Peaks, a mediated view of the remote and near-mythic American West. When she was an artist in residence in 2017 in Banff, she was startled to discover how much the environs resembled Twin Peaks, as if television fiction had become Canadian fact. In both cases, nature was, for her, sublime and unnerving,alluring and menacing. In Banff, bear whistles (grizzlies!) were a must.

With found objects (some from Banff), photographs, texts, objects, and a film, Ventzislavova explores the convergence between adolescence and adulthood, Bulgaria and Banff, humans and nature. In her photographs, a pair of shoes just peeking out from underneath a crimson curtain, silvery rocks in the woods, a woman’s blond tresses seen from behind, and a bear whistle seem fraught with mysterious meaning; they also disconcertingly suggest evidence collected at a crime scene. Ventzislavova’s art proceeds by hints and allusions and repetition is key. Water is important as is the color red, so identified with Communism. Multiple references abound, including Twin Peaks, Boris Buden’s writing on post-Communism, and Leonard Cohen lyrics. The neon Als das Kind Kind war (when the child was a child)references a Peter Handke poem prominently featured in Wim Wenders’s film Wings of Desire (1988).

In Ventzislavova’s film Wahkohtowin (a Cree term that refers to the interconnectedness of all things) six people jumping rope are immersed in and framed by vast nature that transcends the merely human; the ropes obliquely suggest cycles of regeneration and decay. A woman, far out and high up in the landscape,performs a solitary jingle dance, an important communal ritual for Native women. She is enthralling, a woman connected and in dialogue with all that surrounds her, but also a stark reminder that this wasNative territory for centuries before white settlement, and that it is suffused with hegemonic violence.Throughout, nature is crucial while settings and evocative objects trigger personal memories and complex cultural investigation.

Gregory Volk is a New York-based art writer, freelance curator, and former Associate Professor at Virginia Commonwealth University. He writes regularly for Hyperallergic and The Brooklyn Rail, and his articles and reviews have also appeared in many other publications, including Art in America. Among hisnumerous contributions to exhibition catalogues and books are essays on Vito Acconci, in Vito Acconci: Diary of a Body, 1969-1973 (Charta, 2007); and Icelandic artist Ragna Róbertsdóttir, in Ragna Róbertsdóttir Works 1984-2017 (Distanz Verlag, 2018). His book-length essay on German artistKatharina Grosse appears in the monograph Katharina Grosse (Lund Humphries, 2020), which focuses on the artist’s renowned painting installations. A graduate of Colgate University (B.A) and ColumbiaUniversity (M.A.), Volk has curated numerous exhibitions in the U.S. and abroad.