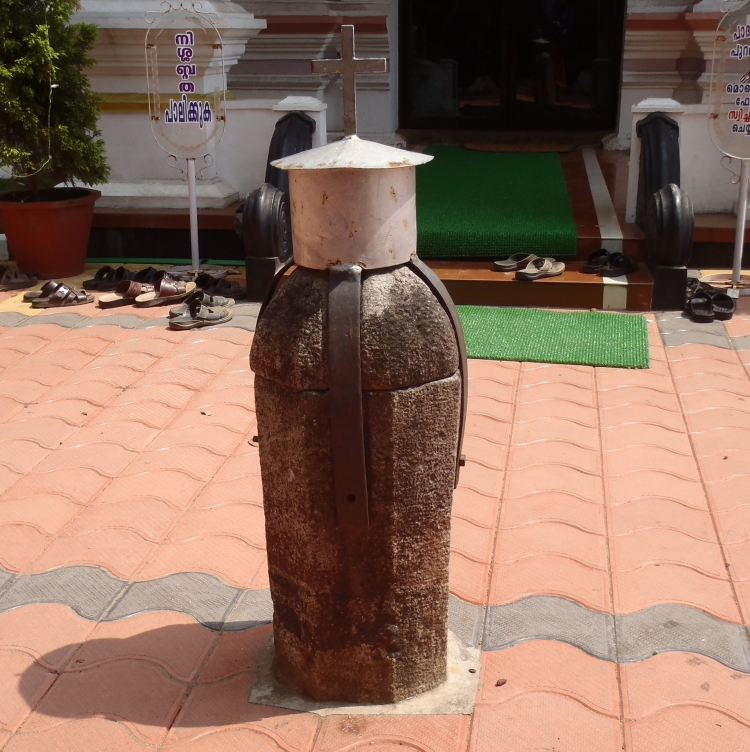 On The Gnostic Trail into South India

“The Gnostic Trail into South India” is a discourse held by Peter Solymosi at the Radiator Gallery.  Solymosi is currently co-exhibiting paintings he made in the Indian and Nepali Himalayas, and now at this occasion he is giving us a philological attempt to reveal one direction in the mind-science of Gnosis by showing a school whose teaching emphasized the creative power of man.

Through the distorted optics of later traditions the Gnostics are seen in the back-mirror as a “sect” in the time of Jesus, condemned as heresy, though their remaining literature reveal the very quintessential of the Classic Worlds. Within it the interpretations and comments of Jesus unite the insights of mainstream Greek with Jewish mystics and Eastern knowledge in a faultlessly seamed coherent world-view.

In the second part of the lecture we will follow the authentic story and path of Judas Thomas, the disciple of Jesus who visited and stayed in India in AD 52-72. Peter Solymosi also documented the eight locations where his spiritual movement had temples built, one of them in fact is still intact. A movement which was neither Christian nor Jewish but with guru Jesus was adopted by the Indian environment.

The length of the discourse with slide-show is ca. 45 minutes.

Remote: Studio Not Required featuring artists Peter Solymosi and Georgi Tushev, reflects the innate human desire to conquer magnificent vistas and landscapes and to engage the viewer in a contemporary interpretation of nature’s ongoing transformation through paintings, video captured by home-made drones, and orthographic maps. Both Solymosi and Tushev show great dedication and effort to achieve “altitudes” beyond in their art practice. Their notion of research and careful approximation to the “site” acts as an open-air laboratory.

People densely inhabit the planet and it’s surpassing 7 billion right now. Our lives are fast paced, busy, dense, a far cry from the tranquil days of our ancestors.  Our human actions transform the landscape in notable, sometimes irreparable ways.  Yet we still have hope for solitude and perspective so we travel to the farthest reaches of the world. We seek out the remotest place we can reach to sense it, be it, and have its imprint in our mind. We relish the vistas and space; the vastness in which our spirits can roam.

The artists in this show not only capture nature as they experience it – majestic, mutable, altered – but investigate and immerse in its whole as it reflects back to their urban innate self. Their constant relationship to nature’s changing and often-disappearing character forces them to return to record and to document it  – in paint and in pixels.

Peter Solymosi returns home to Radiator Gallery from trekking the beyond with a series of paintings created in the Indian and Nepali Himalayas, portraying mountain ranges and peaks: the local sky-scrapers. From a topographical point of view we camp at sites at 14, 000 Ft surrounded by breathtaking geo-seismic rifts in the visual landscape. Majestic peak formations with their impeccable anatomy appear to transcend into amorphous personages. These masterfully planned and executed paintings are rare examples of the genre of plain-air. Scope the realism catching a spaceless space as if flying on a magic carpet. “On the higher altitudes one is never alone though, the others are just farther away … ”

Georgi Tushev’s tool of choice is a homemade remote control airplane outfitted with a camera and beaming live video down to video goggles he wears to navigate the craft. This First-Person View experience enables him to project his mind into the craft and reach higher and farther than by any other means. The camera captures glorious footage of mountains, lakes, volcanoes, rainforests; some of these landscape features won’t be the same within our lifetime. Photographs are processed to produce maps of territories in Panama and Peru, for example, documenting changes caused by incursions on the landscape – oil spills and deforestation, ranching, and other marks of human presence.

Tushev explores both remote-control craft’s capacity to create new aesthetic, perceptual experiences and to document inaccessible landscapes and protected environments. Under the Tushevs Aerials label, he develops unmanned aerial vehicles’ application and creates his own technical innovations as a continuum of his artistic and professional practices, helping advance their potential as an alternative to commercial or governmental interests, building content through artistic and sociopolitical engagement.