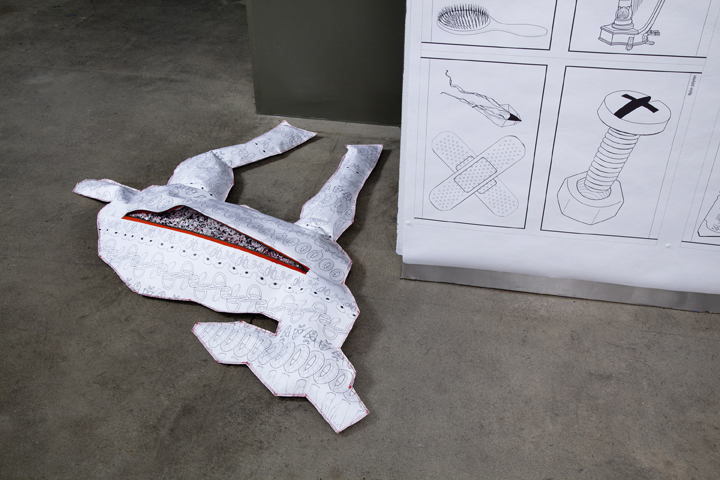 …I would say man does not consist only of chemical processes, but also of metaphysical occurrences…
– Joseph Beuys

What does it mean, “to honor”? The artist has made a process of association; so direct that it wants to be immediate. What needs to happen in order to lure the concept residing in a mental space into a physical world – the world of the works, which the artist can make – excludes any symbolic processes that could contaminate this “passage”. The artist wants to get out of the fundamentally variable and equivocal realm of language, and take us into a kind of imagination space, obliterating translation in the meantime. As an .exe file, the brainwave installs itself in both minds—emitter and receptor—and acts.

The artists in Happenland see the models, the events, the purposes or the issues they are about to address as a group of relationships univocally associated to the creative action. That’s why we say that the works in Happenland are “ways of being” of a relationship. They exist in a relationship of identity of shape. The meanings may be equally unknown to all, but they “exist” in their material representation. From Marlon de Azambuja’s mission of defining and revealing territories, the bodies turned architecture in Heleno Bernardi or Eva Davidova’s work, Juan Ugalde’s magic overlaying of depths and Almudena Baeza’s sharp pensiveness, Cliff Evans carnal dystopia, Elena Blasco’s psychedelic humor, Meredith Drum’s wrath against the ethos of avatars-for-sale worlds, Jorge Diezma’s passive-aggressive “painting as action”, right to Marina Zurkow’s extending the mechanisms of construction and geometrical interdependencies to the living organisms, the works subvert the obvious—they happen as something that, by being so direct, resists interpretation.