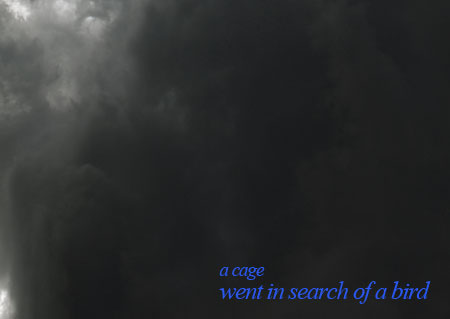 A Cage Went in Search of a Bird

The exhibition “The City of K. Franz Kafka and Prague” permanently on display at the Kafka Museum was the impetus for this exhibition. Kafka’s relationship with cities through his surreal lens coupled with his imagination and during the context of his time brought the simultaneous nightmare/dreamscape of the budding technological age into the realm of the real in his stories, projecting super psyches onto our cities.

The artists in this exhibition are all exploring the surreal space of our time now. Large cultural and philosophical shifts due to massive environmental and economic challenges and the level of technology we are reaching and working with daily is all ushering in new branches of consciousness and new approaches to how we live. The artists, like Kafka did, address our current cosmic predicament in various ways; our relationship with nature, our relationship to self within today’s technological tools, and with objects of alchemical/shamanic ritual and ceremony. They are writing out the dreamscapes of our now and a vision of the future that lacks the pasts’ patriarchal aesthetic and imagines the opening up of a future with more feminine traits, including acts of reclamation and the healing of our past and ourselves within our cities.

Sarah Walko is a multimedia artist and writer. She is currently the executive director of Triangle Arts Association. El Cadaver Exquisito, a feature length experimental documentary collaboration film she created with with director Victor Ruano and Rossemberg Rivas, is currently in festival circuits and her second film Lux/Nox with collaborator Malado Baldwin is in post production. Her fiction and non fiction essays have been published by While Whale Review Literary Journal and Hyperallergic Art Blog where she is a regular contributing writer. Her visual artwork has been published by The Dirty Goat, Redivider, Blood Lotus, Apple Valley Review, 2 River, A Capella Zoo, Awosting Alchemy, 5×5 Literary Magazine, Bathhouse, Cincinnati Review and Host Publications. Her recent exhibitions include Preternatural at the Museum of Nature, a science museum in Canada, Codex Dynamic in New York and Wonder Cabinet at Flux Factory in New York. She has participated in many artists residency programs including one currently at the Elizabeth Foundation in New York and she is working on new sculpture/installations, film and a novel.