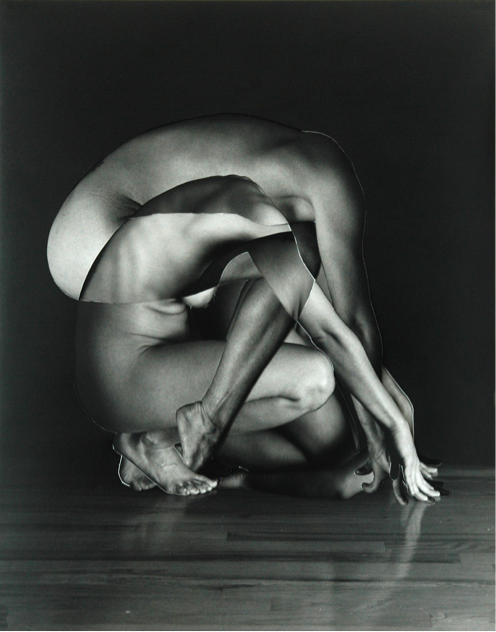 “I’m sorry, Frank, but I don’t think I can answer that question without
knowing everything that all of you know.” (HAL 9000)

The exhibition explores themes including artificial intelligence, gravity, the explosion of movement, feminine architecture, among others.

Referencing Stanley Kubrick’s film 2001: A Space Odyssey (1968), the exhibition, curated by Marcin is based on the idea that the four artists form a Monolithic mastermind via their collective brain trust. Suggesting that the age of globalization has brought new invisible walls—harmful to society—the show stages manifestations that perforate existing walls and search for those that are invisible. As ‘fantasy’ is defined as “the power or process of creating, especially unrealistic or improbable mental images in response to a psychological need,” Space Odyssey will turn Radiator Gallery inside out, from the center, towards the walls—symbolically beyond these material confinements, and into the world.

In author Gregory Caicco’s Architecture, Ethics, and the Personhood of Place, he writes that Kubrick’s Space Odyssey illustrates how our quest for space is motivated by two contradictory desires: a “desire for the sublime,” characterized by a need to encounter something totally other than ourselves—”something numinous,” and the conflicting desire for a beauty that makes us feel no longer “lost in space,” but at home. Whereas the Monolith in the movie represents and triggers epic transitions in the history of human evolution—from ape-like beings to civilized people—in Space Odyssey: Beyond Material Confinements, the artists take responsibility for ‘advancing intelligent life’ and creating ‘something that has no shape’ but meaning. They play the alien, the ‘other’ coming to earth, experiencing the dawn of mankind as a thought experiment in the 21st century.

Premiering in New York, Ann Oren’s newest video NATURE SPEAKS TO SELF. ONLY, deflates the heroic figure of Dave, the astronaut of 2001: A Space Odyssey, 1968 by introducing him to his alter-ego Marquis de Sade of De Sade, 1969. Both roles are played by actor Keir Dullea. At first sight, a hero lost in space, doomed by technology, confronted with his own mortality, he is later doubled as a perpetrator possessed with the banalities of his sexual desire. By interconnecting both roles performed by the same actor into one video, Oren becomes the puppeteer, speaking to the darker side of co-existing realities. She states: “Both genres, Sci-Fi and Pornography, are referred to as fantasy. Narrated by de Sade and a cameo by Hal 9000, the two Dulleas become entangled in a logic alluding to the pleasure and guilt found in online consciousness: from social media to cybersex, to virtual gaming, all enabling an individual to privately fulfill their desire while participating in a community.” Oren’s cinematic video manifests the collective desires found in online communities and subcultures, freeing observations on human isolation, loneliness and desires of tomorrow–offering us distance and clues to the world of simulacra to which we succumb.

Juliana Cerqueria Leite’s sculpture Curls 1, 2014 was born out of a work-related injury—her injured body vulnerable to the weight of heavy sculptural materials. Curled up, she casted the right side of her body, part-by-part, experimenting with the limits and boundaries of her strength during a period of recovery. As Martha Graham developed the idea that healthy movement is concentric, and keeping the body in a curled pose while under exertion employs its natural strengths and protections, Leite “explored the idea of the protective capacity of the body, its ability to be a safe space.” Metaphorically, the sculpture depicts a bodily architecture that speaks to the simple need to build a protection for the self—a space for recovery and resilience in a technologically absurd destructive society. In Concentrics, 2016 (see exhibition image) she goes a step further, dissolving her body-parts inside a photographic cut-out representation based on a similar curl. She notes her “interest in the mutability of the body in relation to her permanent sense of self,” in other words, the chance to encounter self in still moments of absence.

In Cover Girls, Nadja Verena Marcin plays upon the anonymity and animosity of said photographic avatars and the viewer’s human experience. Marcin states “Regardless that a ‘cover girl’ is a constructed lie, an anonymous avatar, an alien behind a doll face, her haven environs—albeit deadly—makes her increasingly attractive.” Transforming herself into different cover girls from women’s magazines such as Vanity Fair, Elle, Cosmopolitan, GQ, Playboy and Vogue, which the artist describes are “designed to keep women in their place, quieted, mirrored, narcissistic, and in infinite conflict with their bodies,” Marcin’s girls are superimposed with unlikely headlines. Referencing military slang and warfare, the magazine covers are spiked with the words “Bitchin’ Betty” (a descriptor of the U.S. military aircraft warning systems that frequently utilize female voices); “Chest Candy” (slang for ribbons and medals worn on a uniform); “Fashion Show” (a Naval punishment where a sailor is required to dress in each of his uniforms over several hours); “Hit the Silk” (ejecting from an aircraft and utilizing a parachute); “Latrine Queen” (an Air Force-specific term for a trainee in Basic who is in charge of cleaning bathrooms); “Oxygen Thief” (slang for someone who is useless); and “Pill Pusher” (a U.S. Navy term for a hospital corpsman). In a metaphorical sense, Marcin subverts the ‘power’ of the “seemingly perfect” female body towards itself –making visibile, the human warfare on women’s bodies.

In 11.03.82, Shanjana Mahmud takes a closer look at the physical perimeter of the human body: the skin. In her video she examines a male body whilst pinching its skin with two fingers in the eye of the magnifying glass of the camera. This miniature act of violence becomes endlessly repeated across the body, the head, the limbs, the male genitalia. The macro-perspective, anonymity and private event evoke a scientific test lab—the body becoming an abstracted, sterile, uncanny landscape. Mahmud states, “This topography of the body contours the internal structure of our being. With the simple act of pinching, I observe and feel, almost with alien eyes, it’s markings, consistency, and sensitivity—an act that verges on cruelty that is all too easy to achieve.” By strictly excluding the person, and muting their personality, Mahmud draws attention to the inner landscapes of being—to be thick-skinned in order to withstand life’s daily punches.

German-born artist and curator Nadja Verena Marcin lives and works in New York and NRW Germany. In her performance-based work, Marcin examines the constructed persona, looking at the way the artist is an implicit figure. By creating a “theater of cinema” in which the audience can be immersed, Marcin brings awareness through a hyperbolic interpretation of relatable scenarios, enacting symbolic actions, catalyzing the visibility of hidden codes, and mirrors the ambiguities of human behavior and psychological mechanism. Marcin graduated from the Visual Art Department of New Genre, School of the Arts at Columbia University, New York in 2010. She has taught and lectured at P.I. Arts Center, New York, City College of New York and Brooklyn College. Her work has been featured in exhibitions at Abrons Art Center, New York; Garage Center for Contemporary Art, Moscow; Human Resources, Los Angeles; ZKM- Center for Art and Media, Karlsruhe; Middle Gate Geel’13, Belgium; Dortmunder Kunstverein; VOLTA 9, Basel; amongst many others. She has received grants, residencies, and prizes such as the Fulbright Award; DAAD Grant; Int. Artist Career Development Grant, Artworks Int; Film Production Grant, NRW Film-und Medienstiftung; Prize for ‘Art and Language,’ Kunststiftung Sparkasse UnnaKamen; ISCP Residency; Foundation for Contemporary Arts Emergency Grant; Arbeitsstipendium, Kunststiftung Bonn; and Franklin Furnace Grant.