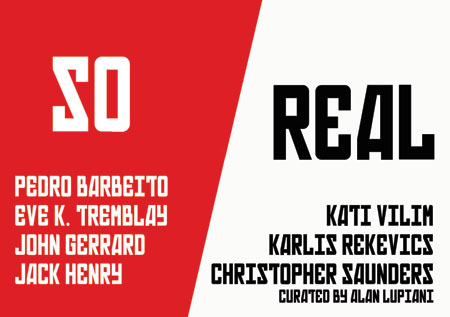 The group show “So Real” reflects on the aesthetics and conflicting past relationships between Social Realism art of the West and Socialist Realism art of twentieth century Eastern Europe and the Soviet Union. The words “subjective” and “official” are paramount in describing the differences between both art movements. Western Social Realism has been described as a “subjective” art form which allows for freedom to express unfavorable narratives. In contrast, Soviet Socialist Realism, Western Social Realism’s evil first cousin, has been described as an official, absolute, oppressive, state-sanctioned art form which denies subjective interpretation. Similarly, recent global instability concurrent to the transfer of power from old regimes to new has cast a fresh light upon the “subjective” vs. “official” narrative. As heads of state draft legislation to address a multitude of geo-political and economic challenges, inherent conflicts undoubtedly arise between balancing personal freedoms and protecting the state against general chaos, terror and/or complete collapse. “So Real” explores these incongruities by exhibiting a group of artworks which suggest the possibility for creating a new genre of socio-political hyperrealities. In addition, the artworks serve as “provocateur” in the form of compressed psychologically charged narratives. Taken one step further, the works function on a plane of personal protest, challenging the sustainability of past and present day utopian constructs.

Lastly, “So Real” alludes to new beginnings in the aftermath of failure, death, and destruction by the inclusion of brutalist inspired sculpture and architectural forms. This “clean slate” segue provides an entry point to explore alternative socio-political models which may provide pathways to discover possibilities for growth and progress in the future.