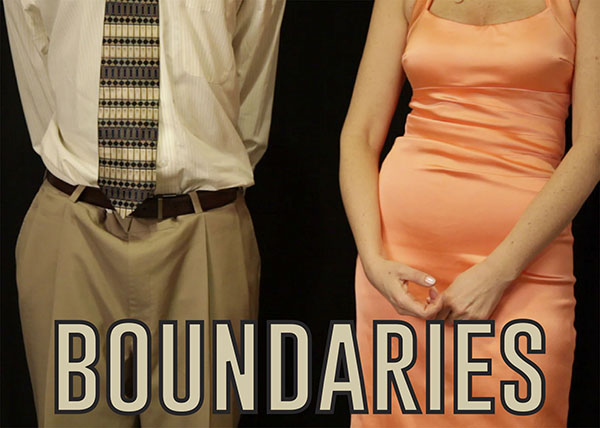 Gallery Hours:
Friday and Sunday, 1-6pm and by Appointment

Boundaries. Social interaction. Touch. Space. The show explores the guards that we put up as protection against things that may take advantage of our vulnerabilities. This plays out in the show literally through a physical dialogue between humans, the division of space between planes, and the contours that are created to contain and expose alternate shape.

Artist Jamie Diamond exposes body language in her video series Craigslist Strangers. Invited to come have their portrait taken, strangers were put together to mimic the roles of lovers or family. The subjects have agreed to pose for a still image, and do not know that the camera is shooting video. What is captured are hands moving awkwardly over shoulders, fingers tentatively interlacing, smiles fixed on unchanging expressions. The series explores the boundaries that we put up between us and the unknown. Even if we touch, the distance is present in that connection.

Julie Wolfe’s Contour Series explores the theme through thin lines which contour the dancers of Ballet Russe de Monte Carlo images from the 1940’s, creating boundaries between the subjects and the outside world. Abstracted, these geometric shapes become icons of confinement that, in effect, limit our ability to share, touch and interact with one another.